So excited to announce my next project!!! 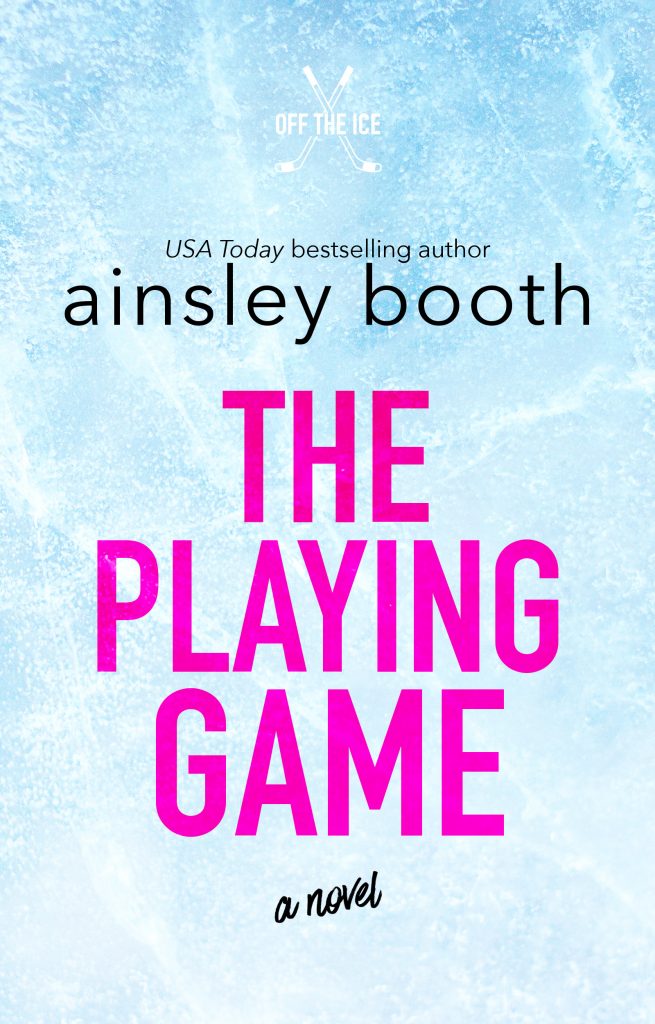 NHL veteran player Kieran Marsh has had more relationships than trips to the sin bin, making him a player on and off the ice. And two years ago, I had a one night stand with him when I thought I would forever stay the anonymous girl in the hockey jersey.

But now my city has an expansion team, and guess who’s one of their star players?

Of course I accept an offer to go see the opening night game. I can’t stay away, even though hockey destroyed my family, and so much about Kieran reminds me of the worst things my father ever did to my mother.

And when Kieran sees me in the stands? I know nothing is going to be the same again. This is his game, and he knows how to win.

The Playing Game is the first standalone book set against the fictional backdrop of an expansion NHL team in Hamilton, Ontario. Welcome to the Hamilton Highlanders.

I have two writing playlists built for this book. There’s the romance side, and the hockey side, and I’ve made both shareable on Spotify if you want to listen along as you read the book!